GitOps Vs. DevOps - What are the key Differences and Challenges?

Software development teams are constantly looking for ways to improve their development processes. They strive to apply modern methodologies which help them speed up and optimise the development of clients’ software. DevOps is one methodology used today by many development companies. Go Wombat is no exception.

It is quite possible you have arrived on this page after asking the question “What is GitOps?”

It appears that GitOps are showing an increase in popularity among both experienced and new developers. In Stack Overflow's recently released 2022 Developer Survey, more than 90% of the respondents said they have carried out some form of extensive work using Git during the last year.

GitOps methodology has, since its initial arrival on the scene in 2017, generated a bit of a following in the industry. There were questions about whether GitOps would overtake DevOps in the popularity stakes. Actually no, it is an extension of DevOps culture and is connected tightly with the DevOps environment.

Our article will explore more about the question GitOps Vs DevOps what are the key differences and challenges, while we look at the roles, benefits, drawbacks, and any issues they have.

The DevOps term is the combination of two words — Development and Operations. The term reflects the merger process of these two practices into one uninterrupted process. DevOps is a set of methodologies, tools, and a culture which helps automate and integrate processes of IT and software development teams. DevOps emphasises team empowerment, interaction and collaboration, and technology automation.

The DevOps methodologies were created approximately in 2007 when developers’ communities and other IT specialists started discussing issues of the traditional software development model. The challenge of the model was that developers who have been writing a code worked independently from operations managers who deployed and supported this code.

Actually, as DevOps is an approach to software development, there can be an assigned DevOps team engineer responsible for applying this methodology in the company. Another view is that all participants of a development team can use DevOps methods together.

DevOps teams may include developers and IT specialists who work together throughout the product lifecycle to increase the speed and application deployment quality. This is a new work style and an essential development culture change that significantly affects teams and a company in particular. Development and operations teams don’t work autonomously; they become a unified team to create a product.

The benefits of DevOps culture can be used not only by teams of programmers, as its effects can be felt in various areas of operation. When security teams apply the DevOps approach, security becomes an active and integral part of the development process. This approach can be called DevSecOps.

Harvard Business Review Analytics Services survey says that 77% of organisations currently rely on DevOps to deploy software or plan to shortly. So then, let’s take a look at the benefits of DevOps.

DevOps allows development teams to build trustful and transparent relationships by creating suitable system infrastructure modifications. When teams work autonomously, they don’t adhere to systems thinking inherent to DevOps. Systems thinking is understanding how one team's actions affect other teams taking part in the product development cycle. A lack of communication and cooperation leads to lower development speed and quality. DevOps makes it possible for teams to have a comprehensive picture of the process and extend the interaction between teams.

Speed matters and teams that apply DevOps methods can create and release software faster, saving high quality. For example, the Accelerate State of DevOps says that teams make deployments 208 times more often and 106 times faster than teams without DevOps do.

The lack of automated testing cycles and verification slows releases into a working environment, and slow response to incidents undermines team confidence and complicates the process. In addition, if teams use different tools, maintenance costs increase, and specialists need to switch between multiple programs, negatively affecting the dynamics. Therefore, DevOps tools are necessary to reduce potential issues and speed up releases.

A team with a quick feedback loop is a successful team. DevOps teams can quickly reduce downtime and troubleshoot, thanks to full transparency and efficient collaboration. Clients will be dissatisfied if problems aren't solved as soon as possible. So optimised and open collaboration helps teams deal with issues together and move forward.

There are always out-of-scope tasks every team faces from time to time. However, the DevOps methodology enables teams to work effectively on any task, clearly prioritising them and allocating these tasks between specialists. Teams which integrate DevOps work more productively and deliver top-notch products to their clients. Broad use of automation builds a path of fruitful collaboration.

As usual, we cannot ignore the cons of DevOps, so let’s consider the challenges the DevOps methodology has.

Many DevOps tools cost a lot. For example, it is necessary to buy licenses, buy servers for complicated infrastructure deployment, and deal with infrastructure configuration. Moreover, additional expenses will be added if a company hires a DevOps specialist. So the use of DevOps methods requires substantial investments.

A lack of understanding of DevOps principles can also lead to failure. Programmers can think that they should deal with systems administration tasks. Managers try to configure an uninterrupted conveyor without automation tools. Some companies hire a DevOps engineer and assign too many roles to them, or even try to assign a DevOps engineer role to the systems administration department. As a result, teams may wrongly decide that DevOps doesn’t work.

It is worth considering that DevOps integration is not as simple as it may seem. It will require significant organisational changes in departments since the roles and tasks of many specialists will change. Moreover, companies may face resistance from employees to changes since they will need to learn new things and tools and change the way they are used to working.

GitOps tools and GitOps processes are used for the uninterrupted deployment of cloud applications. As an approach to a resource management aspect, this process is oriented toward developers, and developers use a handy tool called Git for modern cloud infrastructure management. Git is a version control system and a single source of truth for the automation of infrastructure and application deployment.

The application development process was revolutionised in the recent ten years. A number of revolutionary changes were born from clustering methods around the DevOps approach and CI/CD. Another part of the changes has resulted from the transition from monolithic codebase to microservice-based cloud technologies. These services run in containers and are managed by orchestration platforms like Kubernetes.

As a professional and experienced software development company, Go Wombat actively incorporates both GitOps and DevOps. Call us for advice and to discuss your needs.

The "Git" in GitOps is a well-known distributed version control system in software engineering developed by Linus Torvalds in 2005. Git is a tool that helps teams of programmers work jointly on software codebase, saving various code branches they work on before they merge these branches into code ready for use. One of the critical aspects of the Git repository is the merge request, where developers ask to add their code to another branch of the codebase.

Git also stores old code versions so developers can roll back the code to the latest working version. Git is known as the basis of GitHub (a cloud version control system), but Git itself is an open-source that can be installed everywhere.

Important note: Git in GitOps doesn’t mean that you should use only Git. It is possible to implement GitOps practices even if you use other version control systems. However, Git is widely used in DevOps for CI/CD implementation, which is why most GitOps projects use Git.

So as to be more precise, we think it necessary to list the primary advantages of GitOps and understand GitOps solutions.

GitOps principles allow developers to use Git for easy configuration of Kubernetes-based infrastructure, even if they don’t know its internal details. As a result, it increases the productivity of new developers.

Using Git functions, such as rollback, it is always possible to get back to a stable working version in case of any failures. It significantly reduces restoration time. As part of the reliability; the uninterrupted working process of GitOps is coordinated as an infrastructure, resulting in faster deployment.

Developers can see a complete history of every change in the system and all details of what was deployed, having checked the main branch. In addition, it helps to cooperate efficiently with other teams or share skills with other participants.

Security and compliance with requirements

GitOps helps companies build secure software, monitor compliance with requirements, and block users who have permission to merge with a specific branch.

Before we proceed to GitOps vs DevOps comparative analysis, we need to speak about the challenges of GitOps.

First, it is worth considering that any change can be challenging, even if a group of participants work on it successfully. Therefore, teams write everything down.

So all teams that integrate the GitOps process need to know that the GitOps approval process is time-consuming. It means that developers make changes in the code, create a merge request, then an approver merges these changes, and finally, the change is deployed. This is what teamwork means in the sense of DevOps. However, many engineers may consider it a very long process since they are used to making manual changes quickly.

Also, there may be some difficulties during the auditing process. GitOps repositories store a complete history of changes, so they are good tools for auditing. However, a GitOps repository represents versions of text configuration files, so it will be more difficult to answer some other questions. For example, if you don’t need to find changes but need to find out the deployment time of a specific application, you will have to look through a Git history and search in text configuration files, which is a complicated and tedious procedure.

So which one is better? As we initially noted, these two methodologies are more friends than enemies. However, there are a few key differences.

GitOps is a subset and extension of DevOps, but DevOps is not always GitOps. GitOps’s final goal is to deliver, while DevOps is much broader and can solve many more issues.

Prescription is a characteristic of GitOps. DevOps covers multiple ways to achieve the same outcomes, while GitOps provides a few specific prescriptions for how services are created and deployed.

DevOps is a philosophy describing how a team should build their projects successfully, while GitOps relies on a specific tool — Git or any other source control system. Simply put, GitOps is more goal-oriented and thorough when DevOps includes many practices, and GitOps is just one of them.

With the ever-increasing number of applications and environments, there is an inevitable equal number of challenges.

The basic choice between central control or full autonomy needs to be made. The difference is a slower form of central control or a pacier developer-centric alternative. GitOps is a complement to existing DevOps strategies, so the idea of a GitOps vs DevOps battle is not an actual thing. All aspects depend on functions.

If you are wondering how to tackle your current or possible future project, call us for a chat and advice. Contact Go Wombat

by Sergey Lypchenko
Updated on August 23, 2022
Read — 5 minutes
Contents
Related articles
Cloud Data Security: Guidelines to Ensure Strong Protection of Sensitive Data in Cloud Environments
How To Boost Your Business With IoT Software Solutions
How to Create a Mobile App from a Website
Author 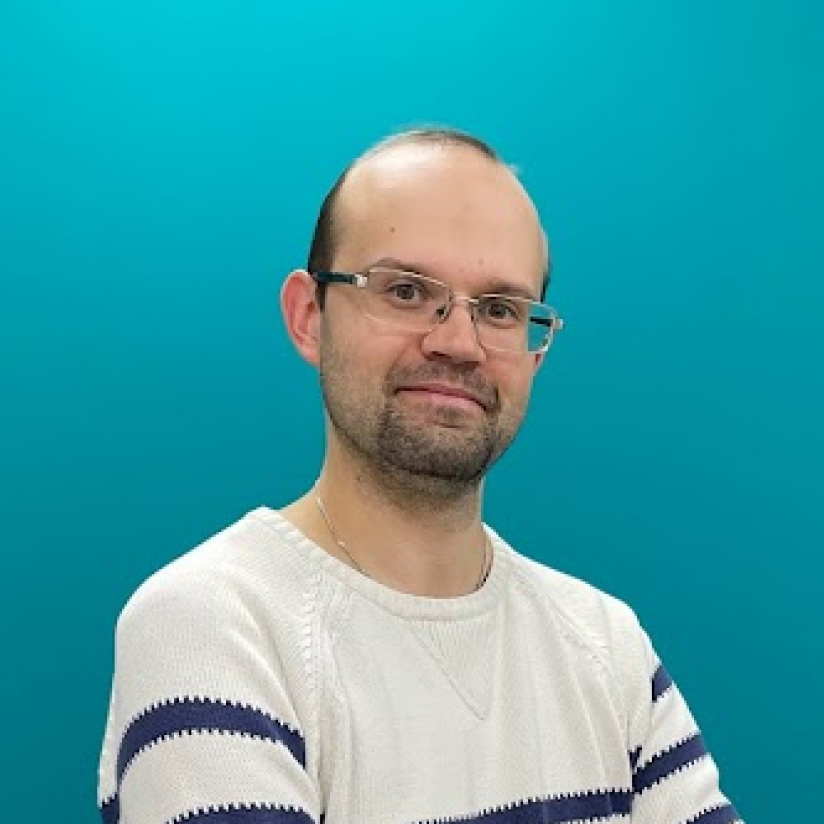